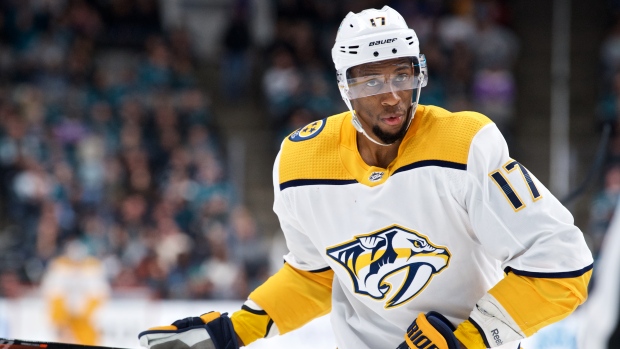 The Nashville Predators have announced that forwards Wayne Simmonds (LBI) and Brian Boyle (appendix) are both out week-to-week.

Simmonds took a puck to the knee in Game 2 against the Dallas Stars in the first period after a Roman Josi shot deflected off his left knee. He returned to the ice and took laps but did not return to action.

Boyle missed Game 2 due to illness and had an appendix procedure.

The Predators and the Stars are tied 1-1 in their opening round playoff series.