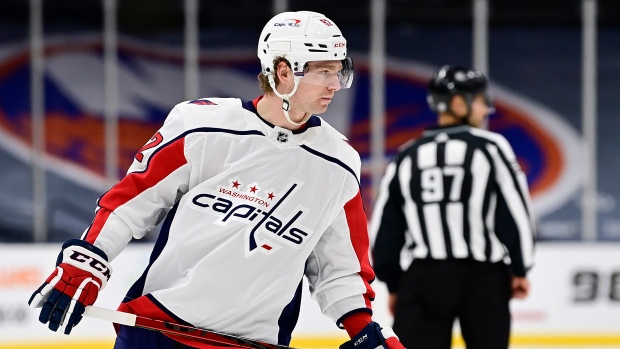 Washington Capitals forward Evgeny Kuznetsov and goaltender Ilya Samsonov will both be scratched on Monday against the New York Rangers for disciplinary reasons.

So to recap: No Kuznetsov or Samsonov tonight for the Capitals. Both late to a team function, out for disciplinary reasons.

Ovechkin and Carlson are still game-time decisions with lower-body injuries.

Oshie is out (personal/family matter).

Vanecek in net, Anderson backing up.

Both players were late to a team function leading to the team taking the disciplinary action.

Craig Anderson will back up Vitek Vanecek against the Rangers.

Kuznetsov has appeared in 41 games this season for the Capitals and scored nine goals with 20 assists.  The 28-year-old has spent his entire eight-season NHL career with the Caps.