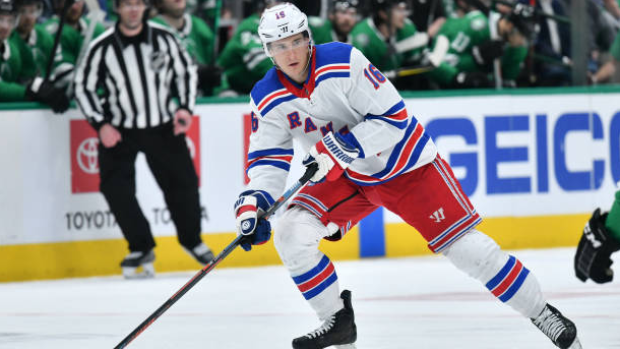 The New York Rangers and forward Ryan Strome reached a two-year, $9 million contract Thursday morning prior to their arbitration hearing.

Larry Brooks of the New York Post reported earlier this week that Strome requested a one-year, $5.7 million contract in his arbitration brief Tuesday, while the New York Rangers countered at $3.6 million on the same term.

According to TSN Hockey Insider Pierre LeBrun, Strome will earn $4 million this upcoming season and $5 million in 2021-22 under the new deal, which carries an average annual value of $4.5 million.

Strome posted 18 goals and a career-high 59 points in 70 games this past season. He added two assists in three games during the NHL's Return to Play.

The 27-year-old centre is coming off a two-year contract which saw him carry a cap hit of $3.1 million

Selected fifth overall by the New York Islanders in the 2011 NHL Draft, Strome was traded to the Rangers early in the 2018-19 season from the Edmonton Oilers in exchange for Ryan Spooner.

The Rangers are scheduled for arbitration with forward Brendan Lemieux on Friday.