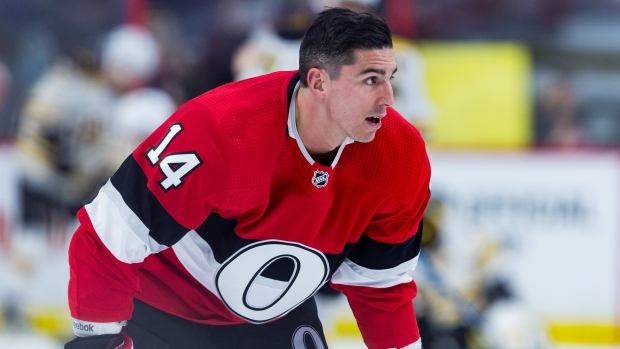 “Obviously, I messed up on that one. I let the emotions get the best of me. I’ve moved on now. I’ve put it behind me I’m looking forward to getting back into the lineup and helping the guys win some games.”

“That's what I told Pierre, ‘You’ve got to do what you’ve got to do for the best interests of the team’. I’m all for it. I understand the game and that’s conversation is going to remain between him and me. The discussion I had with Pierre was good, honest and straightforward.”

Burrows, who has three goals and eight points in 51 games this season, has another year and $2.5 million remaining on his contract. At 36, Burrows' future remains uncertain, though he's keeping his focus on the present.

“That’s the way it goes sometimes. You can’t do anything about it right now but there’s 20 games left, I’ve got to have a good attitude and give it my all and we’ll see where that takes me in the summer,” he said.

The Senators, who lost five straight games, visit the Vegas Golden Knights tonight in a game that can be seen live in the Ottawa viewing region on TSN5 (10pm et).