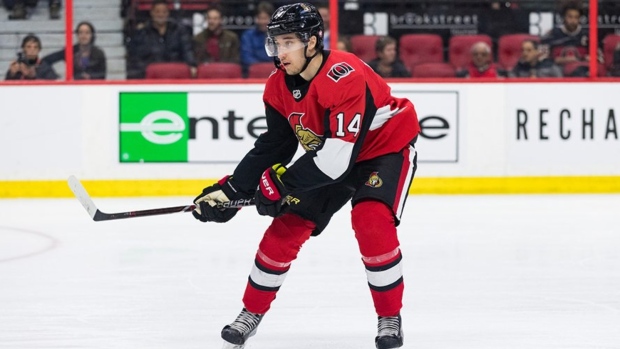 TORONTO — The Toronto Maple Leafs acquired forward Max Veronneau in a trade Wednesday that sent forward Aaron Luchuk and a conditional sixth round pick in 2021 to the Ottawa Senators.

Veronneau has appeared in four games for the Senators this season without registering a point. He recorded two goals and two assists in 12 games with Ottawa in 2018-19.

The 24-year-old has appeared in 33 games with the American Hockey League's Belleville Senators this season with five goals and five assists.

Veronneau played in 130 NCAA games with the Princeton Tigers from 2015-19 before signing a two-year entry-level contract with the Senators last March. He had 52 goals and 92 assists for 144 points, which ranks fourth all-time in Princeton history.

Luchuk, 22, is returning to the Senators organization after originally signing a three-year entry-level contract with Ottawa in late 2017.

He was held off the scoreboard in three AHL games with the Marlies this season. He also played 45 games with the ECHL's Newfoundland Growlers, posting 50 points (19 goals, 31 assists) and 14 penalty minutes.