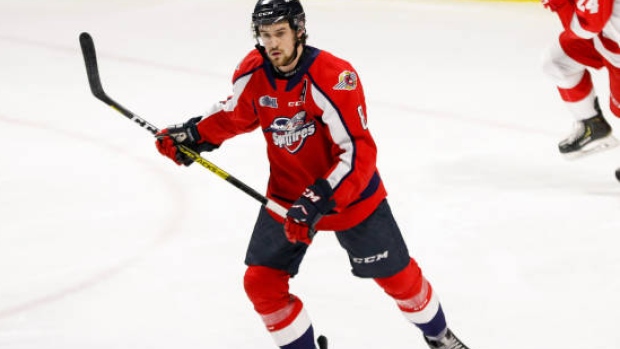 ✍️ We have signed defenseman Connor Corcoran to a 3-year entry-level contract!!! #VegasBorn 😃

Corcoran was a VGK 5th round pick in 2018 and led the Windsor Spitfires in scoring by a defenseman with 54 points (19G, 35A) this season! 👍https://t.co/K1oiCZtrJX

In 62 games last season with the Windsor Spitfires, Corcoran led the team's defence in scoring with 19 goals and 54 points. His 54 points ranked him ninth amongst all OHL defencemen in scoring.

He was selected in the fifth round (154th overall) by the Golden Knights at the 2018 NHL Draft.