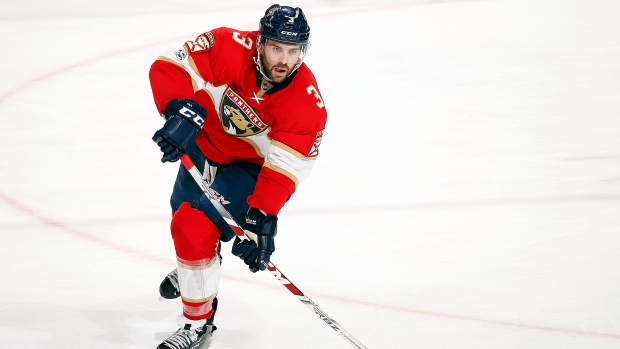 Keith Yandle's ironman streak is in jeopardy with the veteran defenceman on the outside looking on the Florida Panthers blueline.

The 34-year-old has appeared in 866 consecutive games – the NHL's longest active streak – but according to TSN Senior Hockey Reporter Frank Seravalli, that streak is expected to come to an end early this season.

"Keith Yandle has fallen out of favour with the Florida Panthers," Seravalli said Tuesday on Insider Trading. "They’ve let it be known to him that he does not factor into their plans for this season. And I think in a perfect world for the Panthers, they would send Yandle to the taxi squad. But in this case, he holds the hammer with a full no-move clause and cannot be put on waivers without his permission.

"So, the plan at this point is to make Keith Yandle a healthy scratch at some point. It may be on Opening Night. They’ve got some time. They’ve had some games postponed because of COVID-19. But in this case, whether it’s Opening Night or Day 5, that 866-game ironman streak dating 11 calendar years is in jeopardy, and that’s going to sting for a guy like Keith Yandle whose contract is also really difficult to move."