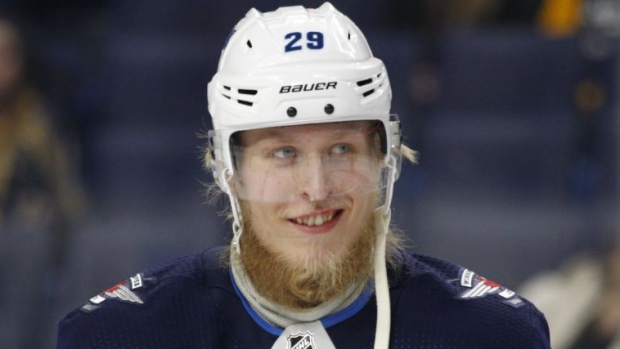 The restricted free agent sniper and the Jets agreed to a two-year, US$13.5-million contract on Friday. The deal comes six days before the Jets' season opener in New York against the Rangers.

The average annual value of the deal stands at $6.75 million.

Laine scored 36 goals as a rookie before adding 44 in 2017-18, but dipped a bit last season with 30, which was still good enough for third on the team behind winger Mark Scheifele (38) and fellow RFA forward Kyle Connor (34), who remains unsigned.

After getting the deal done with Laine, the Jets now have $66.6 million committed to 22 roster players for this season, according to capfriendly.com. The value does not include Dustin Byfuglien's $7.6-million cap hit because he has been suspended while on a leave of absence.

Winnipeg made it to the Western Conference final two years ago, but bowed out in the first round of last season's playoffs to the eventual Stanley Cup champion St. Louis Blues.

Prior to that bold move by Montreal's Marc Bergevin, no NHL general manager had signed a player to an offer sheet since 2013 when the Flames tried to woo Ryan O'Reilly out of Colorado before the Avalanche matched the contract. The last RFA to switch teams after agreeing to an offer sheet was Dustin Penner when he went from the Anaheim Ducks to the Edmonton Oilers in the summer of 2007.

Any team that signs an RFA to an offer sheet must pony up compensation of up to four first-round draft picks. With that in mind, the last time an NHL general manager tried to pry an RFA away from a team that held his rights was back in 2013 when Calgary signed Ryan O'Reilly only to watch as the Colorado Avalanche matched the contract.