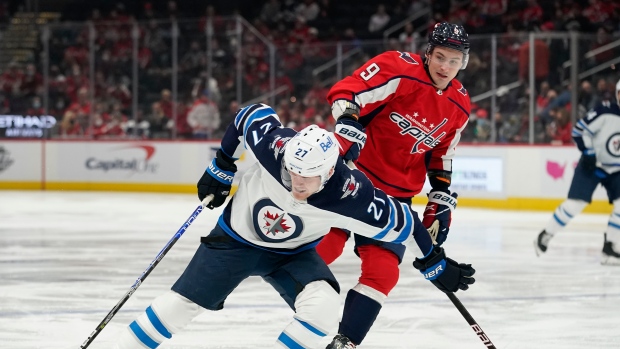 According to TSN Hockey Insider Darren Dreger, the 25-year-old has a sprained MCL and is out week-to-week.

Ehlers suffered an MCL sprain and is listed as week to week. Tough loss for the Jets. https://t.co/1ZrTRFaDwI

The incident, which didn't result in a penalty, occurred late in the third period of Tuesday's 4-3 overtime loss to the Capitals.

Ehlers, who is tied for third on the Jets with 25 points, had to be helped off the ice.

Orlov was subsequently suspended two games by the NHL on Wednesday.

The Jets visit the Nashville Predators on Thursday before taking on the Boston Bruins and Pittsburgh Penguins this weekend.

Winnipeg sat fifth in the Central Division with a 17-12-6 record heading into the game in Music City.