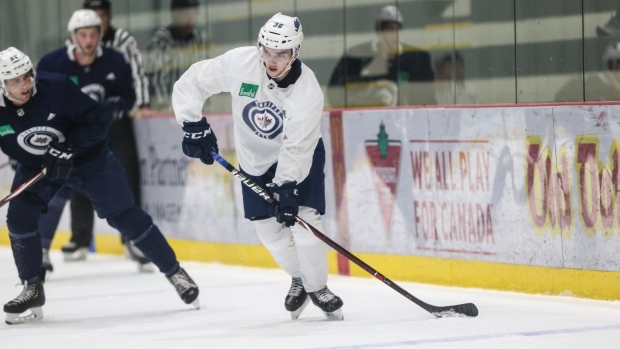 The Winnipeg Jets announced Friday that the team has reassigned defenceman Ville Heinola from the America Hockey League's Manitoba Moose to Lukko Rauma of the Finnish Liiga.

Heinola, 18, was taken 20th overall by the Jets in June's NHL Draft.

He had one goal and five points in eight NHL games this season and had an assist in three games for the Moose.