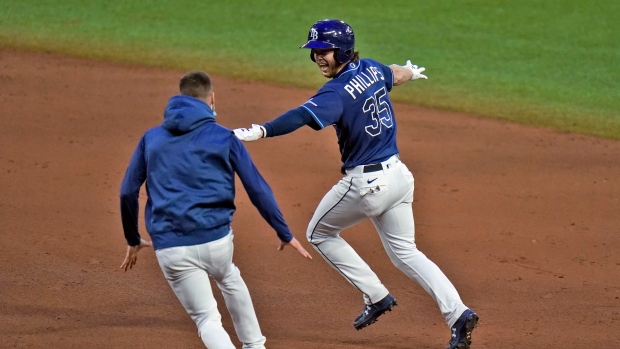 After starters Tyler Glasnow and David Peterson both pitched well into the late innings, the Rays came back against the Mets' bullpen.

Tied at 2, Tampa Bay loaded the bases with one out in the ninth against Miguel Castro (0-1) on a walk to Brandon Lowe, a single by Willy Adams and a walk to Mike Zunino.

Glasnow struck out 10 in eight innings, allowing two runs and five hits. He retired the first 14 batters before Kevin Pillar reached on an infield single in the fifth and Jonathan Villar followed with a home run.

Peterson had set down 17 straight batters before Zunino hit a solo homer in the eighth. Later in inning, Manuel Margot hit a tying double off Trevor May.

Mets: OF Brandon Nimmo (left finger contusion) had a setback in his last at-bat Thursday with Triple-A Syracuse. Manager Luis Rojas said the outfielder will get more treatment Friday before likely resuming his rehab stint Saturday. ... 3B J.D. Davis (left hand sprain) could be activated as early as Saturday.

The teams continue their three-game series Saturday with LHP Shane McClanahan (0-0, 3.75 ERA) starting for the Rays against a starter yet to be announced for the Mets.