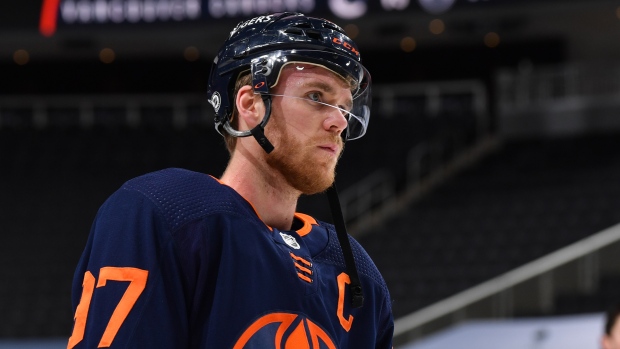 TORONTO — Edmonton captain Connor McDavid was held out of practice Tuesday after testing positive for COVID-19, leaving his availability for the Oilers' game Wednesday night in Toronto in doubt.

The team said McDavid will undergo further testing before his status for Wednesday's game is known.

McDavid also missed practice on Monday before playing in Edmonton's 4-1 road loss to the New York Rangers. The Oilers said he was held out of Monday's practice for rest.

Maple Leafs star Auston Matthews might also be out for Wednesday's game after testing positive Monday on a rapid antigen test.

He has since returned a negative result on a PCR test and will be tested further before his status is known.