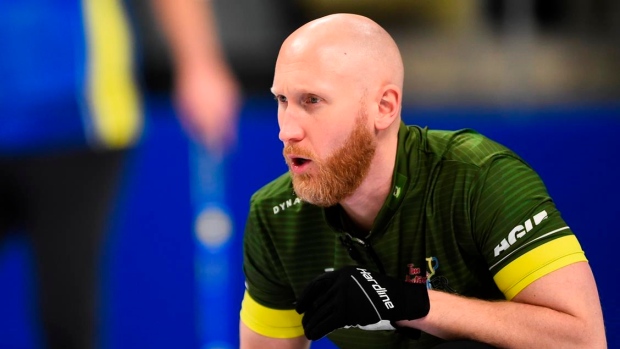 The weekend did little to settle the uneasiness that executive director Bobby Ray was feeling after the Northern Ontario Curling Association cancelled its playdowns and announced it would invite last season's winners to compete at the national championships in the Calgary bubble.

It's believed to be the first time that Northern Ontario has not held provincial championships in the organization's history, the NOCA said. Board members voted to cancel or postpone a variety of competitions due to the COVID-19 pandemic.

"It was very challenging," Ray said Monday. "In fact, as we have this conversation my stomach still feels a little bit unwell. That's not uncommon with the last couple days. I'm feeling some heartbreak."

The decision affects a number of junior competitions and senior events.

At the elite team level, reigning Northern Ontario champion Team Brad Jacobs has accepted the invitation to represent Northern Ontario at the Brier. Team Krista McCarville received an invite for the Scotties but her rink is "presently deliberating due to travel restrictions," the association said.

The prospect of competition cancellations had been discussed extensively in recent months, Ray said, but that didn't make the final decision any easier.

"We've had conversations that were hours and hours long," he said. "I saw people involved in the decision shed tears at some moments. It's not a decision that anybody was wanting to make."

Longtime curling coach Rick Lang, who has worked with the Jacobs and McCarville teams, believes it was the right call, especially given the many travel restrictions in place throughout the sizable Northern Ontario region.

"I think most teams -- even the ones that don't get to go -- are agreeing with it because a lot of teams would have had huge challenges in actually getting to a provincial championship (with) the health risks that are there," he said from Thunder Bay, Ont.

The representation model is one that other provinces and territories may end up following as well in this most unusual curling season.

The 16-team fields at the Scotties and Brier are primarily filled with winners from playdowns that are traditionally held in January and February. Some provinces have zone and regional qualifiers before their championships too.

However, with COVID-19 numbers on the rise throughout the country and many curling clubs closed altogether, many play-in events are not on firm ground.

Saskatchewan's curling association recently announced that Estevan, Sask., will not host its Jan. 30-Feb. 7 playdowns as scheduled. An alternate plan was not unveiled, but CurlSask said it has four scenarios to determine representatives for the nationals.

The Quebec playdowns set for Jan. 24-31 have been scrubbed. Quebec Curling is holding a Jan. 28-31 timeslot for a potential modified event if the provincial situation "significantly improves in the New Year."

If required, teams would be picked for the Brier and Scotties through a selection process involving its board of directors and a Curling Canada committee, Quebec Curling said.

Other provinces and territories are said to be reviewing their options and protocols in case backup plans are needed.

It should make for a wild, wacky and unprecedented leadup to the start of bubble play around Feb. 20.

"I think there's a lot of pent-up competitiveness in all of the teams ," said Lang. "Regardless of who ends up playing, it's going to be a great lineup there.

"I really think that a lot of people at home are eager to see some great curling, be entertained, and get their minds off this pandemic. So I really hope it happens."

Dates have not been finalized for most events but the Scotties will likely go first, followed by the Brier, mixed doubles, world men's championship and two Grand Slams.

"It's not the way that anyone was dreaming it up or that anybody had thought about a Brier or Scotties being before," Ray said. "But I think if Curling Canada has a safe and responsible way of hosting a national championship for the athletes, for the fans, for the sponsors, for everyone involved, I think it's going to be quite a real feel-good story."

If McCarville chooses to decline the invitation, the NOCA will use last season's results to determine the next invitation, Ray said. In that case, provincial finalist Team Krysta Burns would get an invite.

Emmett Smith represented Northern Ontario at the first Brier in 1927 at Toronto. The association even held provincial playdowns when the Brier was not contested from 1943-45 due to the Second World War.

Northern Ontario was represented at the Scotties for the first time in 2015.

This report by The Canadian Press was first published Dec. 7, 2020.