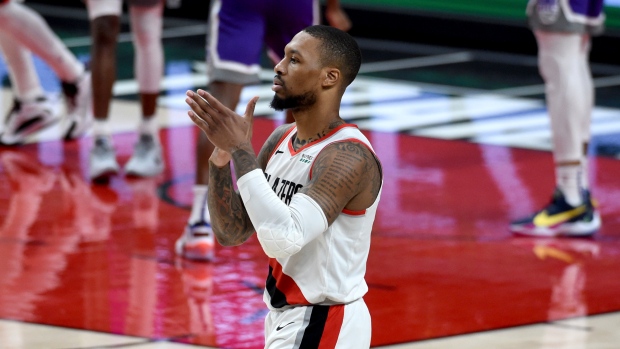 SAN ANTONIO — Portland point guard Damian Lillard will not play against the San Antonio Spurs on Friday night due to a strained right hamstring.

Lillard began experiencing discomfort in his hamstring during practice Thursday and it did not improve Friday.

Portland coach Terry Stotts said Lillard is sitting as a precaution but was unsure if the six-time All-Star would be available for Sunday’s game at Charlotte.

Lillard is averaging 28.7 points and 7.7 assists in 52 games. He has missed only two games this season, including the Trail Blazers’ victory over the Orlando Magic on March 26 after banging knees with Dallas’ Josh Richardson in a previous game.

Derrick Jones Jr. will start in Lillard’s place against San Antonio as Portland attempts to snap a two-game losing streak.