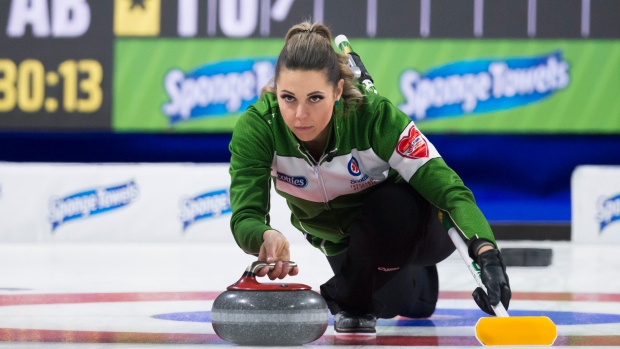 A clarification was needed after it appeared CURLSASK had cancelled the playdowns all together.

"CURLSASK has four scenarios to declare Saskatchewan’s Representatives for the Tim Hortons Brier and Scotties Tournament of Hearts, these are focused on preserving elements of open entry and competition," they said in a tweet. "This announcement is simply confirming that Estevan & Affinity place will not serve as the host community for this years Championship. Further details will be provided as soon as possible."

This announcement is simply confirming that Estevan & Affinity place will not serve as the host community for this years Championship. Further details will be provided as soon as possible.

According to Claire Hanna of CTV Saskatoon, CURLSASK will wait until Jan. 7 before making a decision on its provincial championships.

Clarification: this is just cancelling the original provincials location in Estevan.

CurlSask is waiting until Jan 7th to decide whether or not a tournament format competition will decide the SK reps. #curling #sk https://t.co/Y5z5sBaGDs

For full details on the cancellations of the 2021 Viterra Scotties and Sasktel Tankard, please read our news release ➡️ https://t.co/SmPV0yaA4F pic.twitter.com/V2Miyv0k56

The events were scheduled to take place simultaneously at Affinity Place in Estevan from January 29 – February 7, 2021.

“Under current public health orders this championship was no longer feasible nor financially responsible to attempt to host,” said CURLSASK Executive Director Ashley Howard. “Estevan has served as a first-class host community for a number of events including the 2018 SaskTel Tankard and 2018 Home Hardware Canada Cup of Curling. Given the success of past Championships hosted by the community of Estevan, our team will not hesitate to return to Estevan when it is safe and responsible to do so.”

Still, questions remain regarding when and if provincial and territorial championships can be played given restrictions and rising COVID-19 cases in some parts of Canada. The Northern Ontario Curling Association have already alluded they might anoint last year's provincial champions - Brad Jacobs and Krista McCarville - if they are unable to host a tournament this season due to the pandemic.