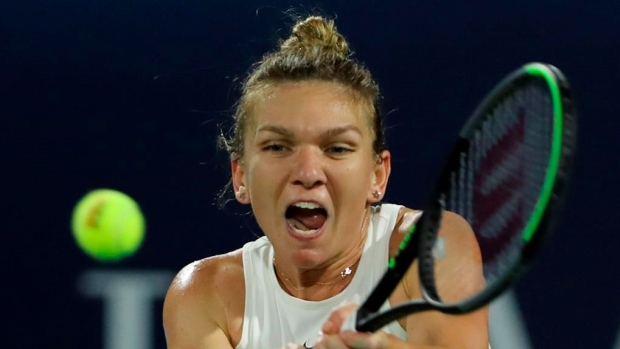 The second-ranked Romanian broke Mertens for a 6-5 lead in the final set before converting her first match point to win her second title this year after the Dubai Championships in February.

Before the Wimbledon champion recovered from a foot injury she sustained in Dubai, the coronavirus pandemic forced a five-month break.

“It was really tough to get back,” Halep said. “I’m happy to be back on tour with a victory.”

It was the eighth title on clay for Halep andthe first since she won the 2018 French Open. Among the active players, only Serena Williams with 13 and her sister Venus with nine, won more titles on clay.

The No. 23-ranked Mertens jumped to a 2-0 lead in the opening set before Halep took charge, taking six straight games.

“I was very pleased about the way of adjusting my game to her game,” Halep said.

Halep improved her record against her Belgian opponent to 4-1 at WTA tournaments.

After the final, Halep said she would decide on Monday if she is ready to play at the forthcoming U.S. Open.

The Prague Open is the second European tournament since the WTA restarted last week with the Palermo Open amid the coronavirus pandemic, with strict health protocols in place and without fans and media except for the television broadcaster.

The players were isolated on one floor of a Prague hotel that was completely booked by tournament organizers.

“Tough rules,” Halep said with a smile. “Staying in a room for ten days is not easy.”