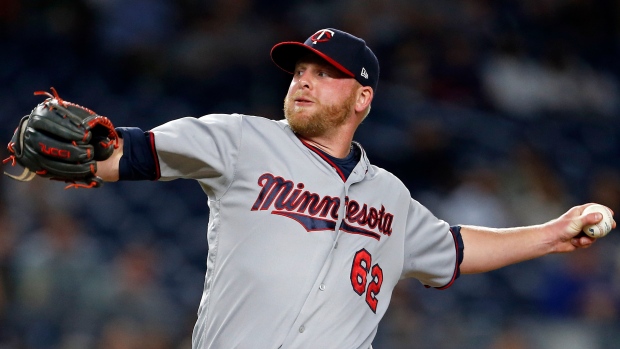 The Toronto Blue Jays signed pitcher Buddy Boshers to a minor-league deal and sent him to the Triple-A Buffalo Bisons on Sunday.

#BlueJays sign LHP Buddy Boshers to a minor-league deal and send him to Triple-A Buffalo.
The 31-year-old has a 4.59 ERA in 86.1 relief innings in the majors, but spent 2018 kicking around AAA and had been pitching in the Mexican League this spring.

Boshers has pitched in 100 games across his three-season MLB career and has a 3-0 record with a 4.59 ERA.  He made his MLB debut in 2013 with the Los Angeles Angels.