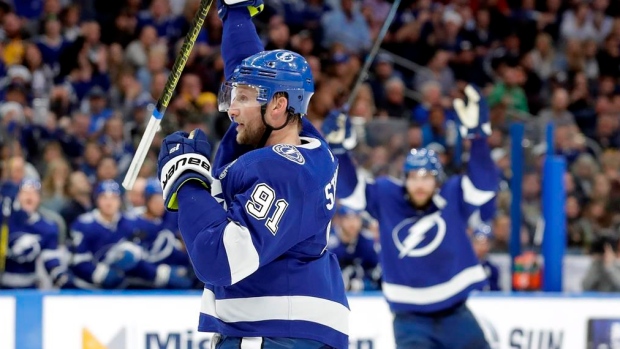 When the National Hockey League introduced a comprehensive 3-on-3 overtime system five years ago, it was met with intrigue and curiosity.

The league’s goal was to reduce the frequency of the shootout, and it has succeeded on that front. The format has been so fruitful that there have been calls to increase the length of overtime – perhaps as high as eight minutes – to all but eliminate shootouts from the regular season.

In the process, the league also found a way to make the end of games much more captivating. The NHL’s current overtime format usually produces a blistering five-minute (or less) stretch of play where each team’s most capable offensive players, generally speaking, trade high-quality chances. Skill, speed, and space are on full display, and there is a daunting amount of pressure on goaltenders to keep pucks out of the net.

As 3-on-3 has become a staple in the NHL, teams have become more sophisticated about strategy and personnel deployment. Remember the inaugural season of 3-on-3 overtime where teams were regularly dressing two defencemen and a forward? It wasn’t that long ago, but it feels like an entirely different era of hockey.

With more data available, we have a better understanding of the teams and players who have been more successful in the 3-on-3 format. If we sample the last three years of data, for example, we see that the Tampa Bay Lightning (surprise) have absolutely punished teams, while the Buffalo Sabres and Colorado Avalanche have struggled: 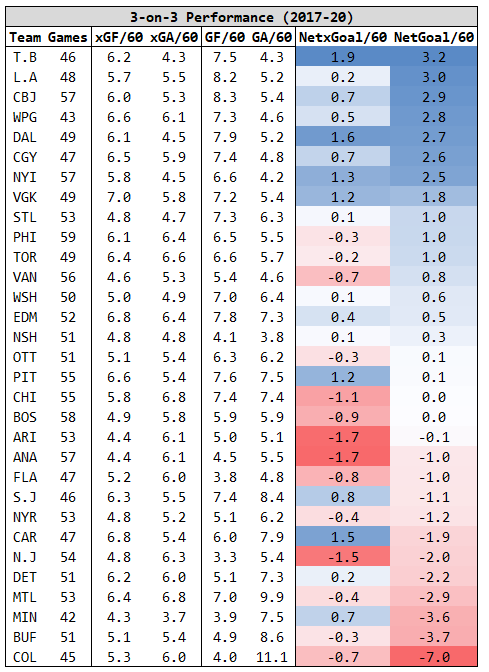 There is some commonality between how well a team has driven goal differential in even-strength situations versus 3-on-3 situations, but there are also curious outliers.

The Avalanche are obvious statistical outliers here, largely because their defensive numbers (11.1 goals against per 60 minutes) are by far the ugliest in the league.

Could this be randomness? Some of it, sure – we are only talking about a couple of hundred minutes per team. But this is also a Colorado team that has been competitive in every season covered here, and its star players – names like Nathan MacKinnon, Gabriel Landeskog, Mikko Rantanen and Matt Duchene/Tyson Barrie before their trades – are all comfortably in the negative.

You can count on one hand the players you would take over MacKinnon today. But it’s also fair to wonder why MacKinnon appears less effective in 3-on-3 play – a format that offers a big advantage to superior skaters like himself.

While MacKinnon is bringing up the rear at an individual level, there are a number of players around the league with outstanding goal differentials. Here is the leaderboard for all players with at least 50 minutes of ice time:

I think this shows that limited data can still be meaningful data – the 3-on-3 leaderboard when it comes to net goal differential is comprised of mostly high-end players, with names like Tyler Seguin, Mark Scheifele, and Mathew Barzal at the top of the list.

All three have nine points over the last three seasons there, which sits inside of the top 20 league- wide. (Artemi Panarin, who sits fifth overall in net goal differential, has twelve points to his credit – good for second place across the league.)

Lastly, it’s worth pointing out that a handful of the league’s best 3-on-3 scorers haven’t been as effective as you would think in terms of adding wins to the standings.

Edmonton’s Leon Draisaitl actually leads the NHL with 14 points; Connor McDavid and his 11 points are good for fourth overall. But like the aforementioned MacKinnon, these guys have seen a rash of goals against to deflate their on-ice goal differentials.

Only six skaters in the league have seen more goals against than Draisaitl and McDavid at 3-on-3. While there’s no doubt they are two of the most electrifying offensive players in the league, their defensive numbers dampen their overall effectiveness.