The long wait is finally over.

Elite-level curling makes its triumphant return Friday night as the Scotties Tournament of Hearts kicks off the Season of Champions inside the Calgary bubble amid the ongoing COVID-19 pandemic.

For a breakdown of the 18-team field, click HERE.

Curling was effectively shut down from coast to coast at the both the pro and club levels back in November when the second wave of the pandemic hit. As a result, few provincial playdowns were held, meaning many of the teams that competed at last year’s Canadian championship are back after receiving invites from their respective associations. 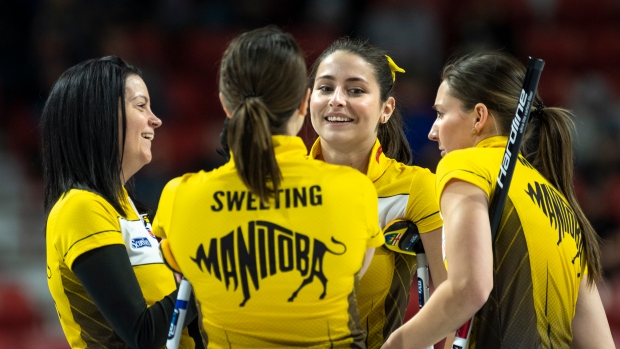 The front-runners heading into the Calgary Scotties will be Kerri Einarson and her rink out of the Gimli Curling Club in Manitoba.

Einarson defeated Rachel Homan in an extra-end thriller in last year’s Scotties final in Moose Jaw, Sask., and will don Team Canada colours as the defending champ for the first time in her career.

Like most squads at this year’s Scotties, Einarson and her team have only stepped onto the pebbled ice a few times since the abrupt conclusion of the 2019-20 campaign last March. The 33-year-old skip even practiced on Lake Winnipeg in an effort to stay sharp.

Wearing the Maple Leaf can be daunting at times, but titles defences have happened at a steady rate since the early 1990s.

Team Homan and her Ottawa rink were the last to win back-to-back national championships in 2013 and 2014. Before that Jennifer Jones won three in a row from 2008 to 2010 right after British Columbia’s Kelly Scott went back-to-back in 2006 and 2007. Nova Scotia curling legend Colleen Jones won an incredible four in a row from 2001 to 2004. Saskatchewan’s Sandra Schmirler won two of her three Tournament of Hearts in 1993 and 1994.

Will Einarson join the ranks of these world-class skips in Calgary? 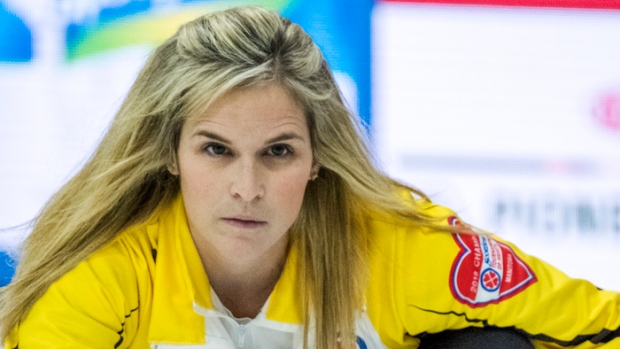 A win inside the bubble would give 46-year-old Jennifer Jones a record seventh Scotties title which would surpass Colleen Jones for the most all-time.

Jones last won in 2018 and finished third last year after losing to Homan in the semifinals.

Team Jones made a splash this off-season, picking up three-time Scotties champion Lisa Weagle after she parted ways with Team Homan in a surprising move. The All-Star lead will get all the playing time in Calgary as Dawn McEwen is pregnant and won’t be attending the event.

The Winnipeg foursome, ranked third in Canada, is one of the few teams to actually get some real playing time in this season. They competed in a pair of bonspiels in early October, making the finals each time and winning one of them.

Will Jones add to her G.O.A.T legacy at this year’s Tournament of Hearts? 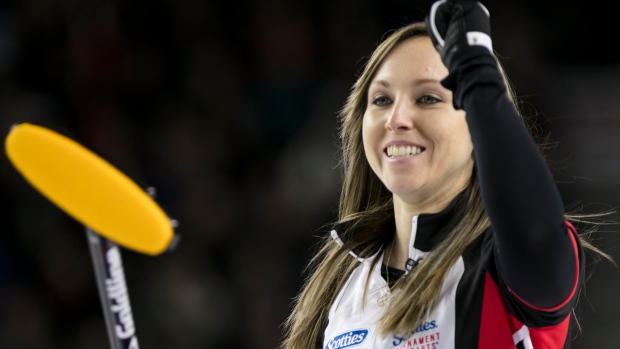 Coming in at +285 is three-time Scotties champion and 2018 Olympian Rachel Homan.

The 31-year-old last won in 2017 in St. Catharines, Ont., and has lost the last two Scotties finals on last-shot heartbreakers.

With the 2021 Canadian Olympic Curling Trials less than a year away, Team Homan made the decision to pivot this off-season and pick up Sarah Wilkes as their new second and move Joanne Courtney to the lead position.

Due to the lack of events, the Homan rink, ranked fourth in Canada, have played only one game this season, a blowout victory over Team Jones.

Homan is arguably the greatest skip in the game today. After losing in the last two finals, the Ottawa native could be due for a fourth national championship. 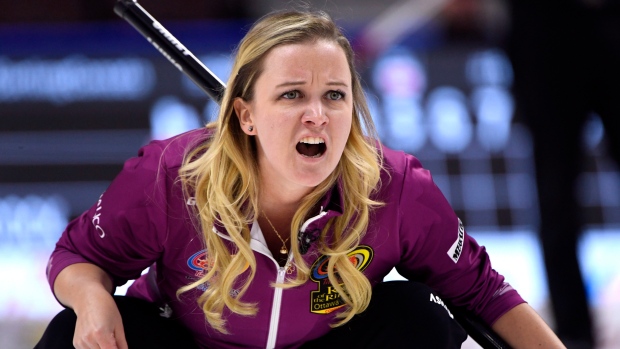 Wild Card 1 has the fourth-best odds to win it all.

Regular skip Tracy Fleury will not be attending the Scotties as she will stay home with her young daughter, Nina, who is receiving treatment for a medical condition.

In her place will be two-time Canadian champion Chelsea Carey.

The 36-year-old was available after her team broke up following last year’s Scotties, leaving Carey a free agent.

Carey joins a strong Manitoba-based team that’s ranked second in Canada and are coming off a tough loss to Team Jennifer Jones in the 2020 Scotties Wild-Card game.

They won’t have to worry about the play-in game this year as all three Wild Card rinks will compete in the main draw.

The East St. Paul rink may have found the perfect replacement in Carey as both of the Winnipegger’s national titles have come during her first season with a new team. The rest of the foursome have plenty of experience as well. Third Selena Njegovan, second Liz Fyfe and lead Kristin MacCuish were all part of Kerri Einarson’s former team that lost to Team Jones in the 2018 final.

Can this new-look Team Carey catch lightning in a bottle? 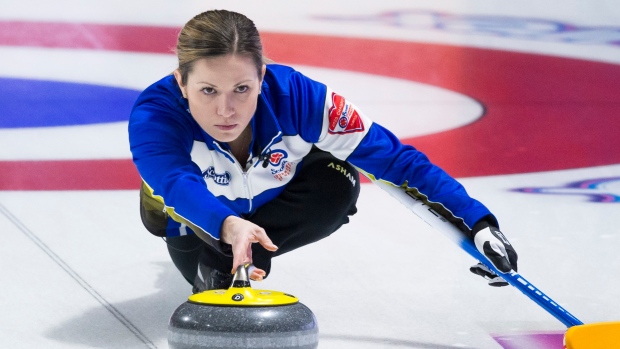 Laura Walker is returning to the Tournament of Hearts for a second straight year and has the fifth-best odds to win it all.

Team Walker got off to a hot start last year in Moose Jaw, Sask., winning their first three games before losing the next four and missing the championship pool.

Regular lead Nadine Scotland will be replaced by 2019 Scotties champion Rachel Brown at this event.

If Alberta can add a few more wins in pool play this season, the championship round will be a lock. 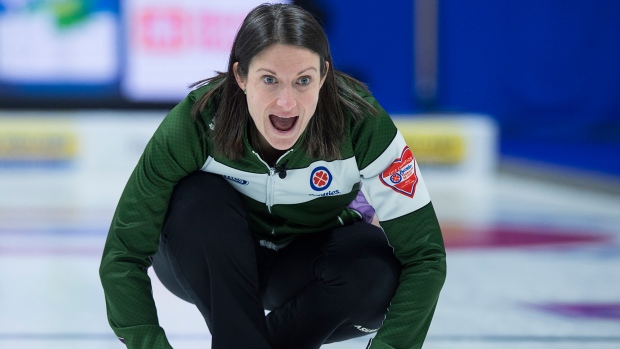 Scotties regular Suzanne Birt will compete in her 12th Canadian championship in Calgary.

The 39-year-old’s best finish came in her first Scotties in 2003 when she finished third in Kitchener, Ont. Birt’s last playoff appearance was in 2007, but she has made the championship pool at the past two Scotties.

Birt seems to always be hanging around at the Tournament of the Hearts and has shown she can take down the top-tier rinks in the past.

The Charlottetown native has played with the same lineup for three seasons now and they have earned a No. 9 ranking in Canada, the only East Coast team in the top 10.

Can Birt stir up some upsets in the bubble? 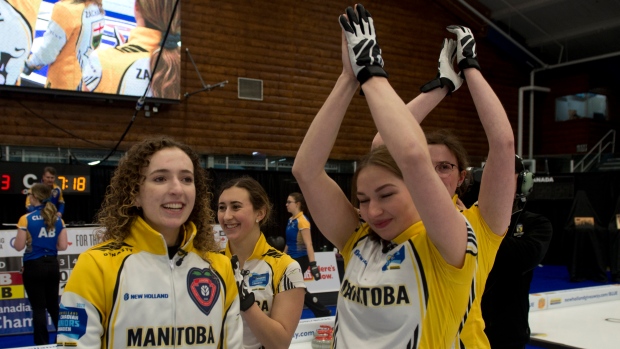 The 2020 Canadian and world junior champions are one of the more intriguing teams at this year’s Scotties.

Thanks to the expanded field, Team MacKenzie Zacharias will represent Wild Card 2 as the No. 11 team in the country.

They’ll be longshots to win it all but should be fun to watch if this shot from last year’s world junior championship is any indication. 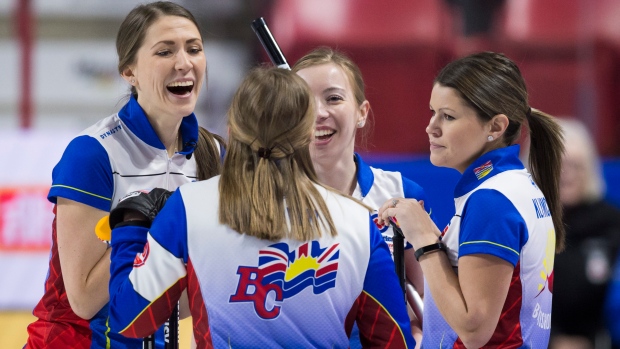 Team Corryn Brown, ranked eighth in Canada, is back at the Scotties for a second straight year.

In their first national championship last year, Team Brown posted a 5-6 record, good enough for sixth in the championship pool.

Team Brown won a bonspiel in Kamloops in November.

Brown, 25, and third Erin Pincott, 25, have played together for nearly two decades.