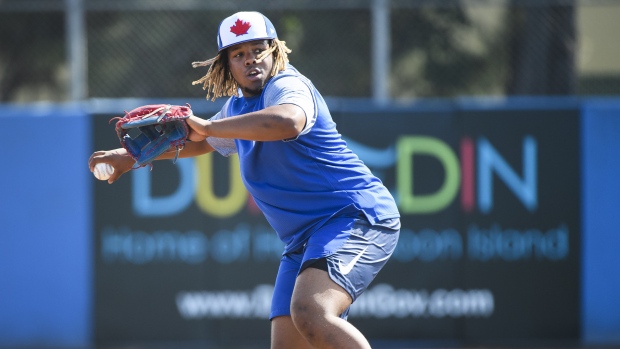 Sunday's game would mark Guerrero's first ever spring start with the big-league team. He won’t, however, be in the lineup for Toronto's first spring game on Saturday against the Detroit Tigers.

Looking past Sunday's game against the Orioles, Montoyo says he envisions his 19-year-old Guerrero hitting out of the No. 3 spot in the Blue Jays' batting order.

“Probably third. If he is what he’s supposed to be, I’d love to hit him third, for sure," Montoyo said.