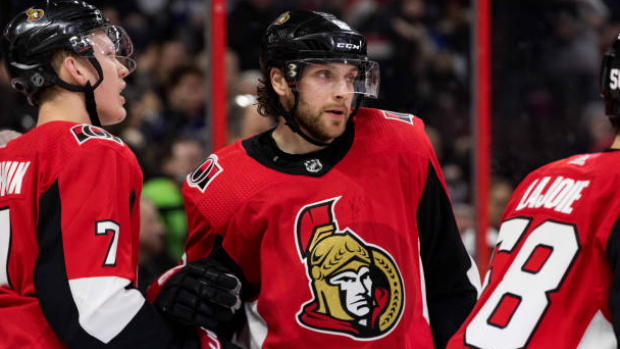 The Ottawa Senators have bought out the remaining two seasons of forward Bobby Ryan’s contract, the team announced.

“This was a decision that required a lot of consideration,” said general manager Pierre Dorion. “Bobby’s long been a deserving fan favourite in Ottawa. While we’re appreciative of his efforts on the ice, it’s outweighed by how proud we are of him for the courage that he has demonstrated off of it. As we continue to take strides in our rebuild, this decision was one that we felt was best for the organization. We wish he and his family the best as he moves forward.”

Ryan had five goals and eight points in 24 games with the Senators this season.

He won the Masterton Trophy earlier this month after publicly sharing his battle with alcohol issues. The 33-year-old Ryan entered the NHL/NHL Players' Assistance program on Nov. 20 to get help for alcohol addiction.

I was able to connect with Bobby Ryan after today’s news.

He wanted me to pass along the following statement to the fans here in Ottawa: pic.twitter.com/59YcuLl2mu

Ryan has 254 goals and 555 points over 883 games in 13 NHL seasons split between the Anaheim Ducks and Ottawa.

Between having to sign their RFAs and needing to go find a goalie, cap floor not a concern. While I think some teams are tying to dump contracts on them, Sens are fielding way more calls from teams right now looking to get at their bevy of 2nd round picks...

The NHL's buyout window opened on Friday at Noon ET and runs through Oct. 8.