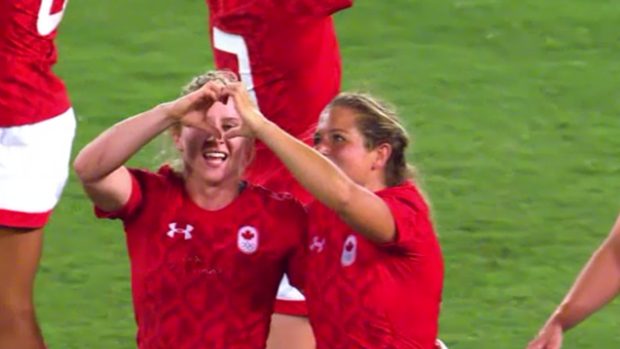 Canada will be host one of just two stand-alone women's events on the HSBC World Rugby Sevens Series 2020.

The schedule, announced Thursday by World Rugby, features an expanded women's circuit with eight stops — up from six. The men remain at 10 events.

Six of the women's tournaments will be combined with the men's competition — in Dubai, Cape Town, Hamilton (New Zealand), Sydney (Australia), Hong Kong and Paris.

The men's and women's events in Canada remain separate — March 7-8 for the men at Vancouver's B.C. Place Stadium and May 2-3 for the women at Westhills Stadium in Langford, B.C.

The U.S. men's event will shift to Los Angeles from Las Vegas in 2020.

The women's series begins in Glendale, Colo., on Oct. 5. The men kick off their season Dec. 5 in Dubai.

The 2020 season leads up to the Tokyo Olympics in July.

Ireland joins the men's series as one of the 15 core teams for 2020 while Brazil will join the other 10 core women's teams. As in previous years, each round will include an invitational team to complete the lineup of 16 men's and 12 women's teams.