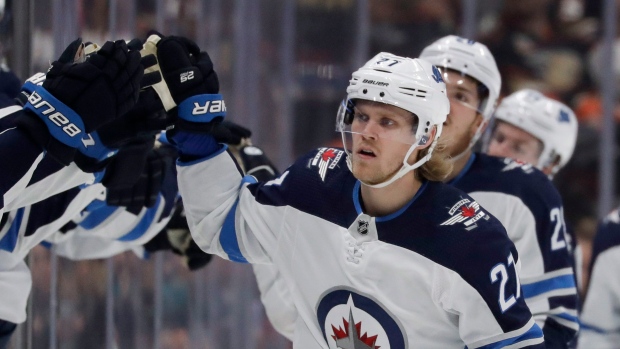 The three were named to Denmark's first-ever Olympic hockey team on Friday.

Watch out for @DKIshockey this year in @Beijing2022 as @NHL players @OBjorkstrand, Nikolaj Ehlers and Alexander True officially join the #Olympics roster.

Ehlers, 25, topped the 20-goal mark for the fifth straight time last season, posting 21 goals and 46 points in 47 games with the Jets. He added two goals and one assist in six playoff games.

Bjorkstrand scored 18 goals and posted 44 points in 56 games with Columbus last season. A third-round pick in the 2013 NHL Draft, the 26-year-old has 83 goals and 177 points in 302 career games with the Blue Jackets.